Cluj-Napoca is the city in Romania where our company has its headquarters.

Why do you have to visit Cluj?

Cluj-Napoca is the capital of Cluj County and is the unofficial capital of Transylvania Region (yes, Dracula’s Transylvania). Student city which hosts the best university in Romania, Cluj-Napoca has also a rich history, full of events, with emblematic places and numerous cultural-scientific activities. Being one of the largest cities in Romania, it derives advantages from the Avram Iancu International Airport (CLJ), from numerous hotels and restaurants with specific Romanian, Transylvanian or international cuisine. The cultural events in Cluj-Napoca are topical, the city being designated as the European Cultural Capital of Youth in 2015. Amongst the most important events of this kind there are: Transylvania International Film Festival (TIFF), Jazz in the Park, Light Festival, etc., but also sporting events, the city housing the Cluj Arena, ranked as a UEFA Elite Stadium. 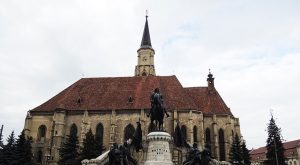 Cluj-Napoca has impressive architectural designs such as the Gothic style found in the “St. Michael” Church dating back to 1444, but also in many houses in the city or in the eclectic style of the mirrored street, which is unique in Transylvania. 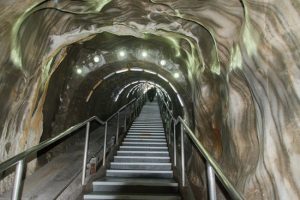 At the same time, two major music festivals annually take place in Cluj-Napoca. One of them is the Electric Castle Festival, the first country festival which moves the live and electronic music from clubs to the open-air scenes of a ruined castle in the country. Many music genres can be played during the 5-day festival: rock, indie, hip-hop, electronic and reggae, and there are also many other artistic activities. Some of the previous years’ invites who stepped on one of the 10 scenes were The Prodigy, Skrillex, Deadmau5, alt-J, Franz Ferdinand, Bring Me The Horizon, Fatboy Slim, Sigur Ros, Bastille, Rudimental, Thievery Corporation, Die Antwoord.

The Untold Festival, which is held annually right in the heart of Cluj-Napoca city, has the main stage at Cluj Arena and has been named “Best Major European Festival”. Some of the artists who have stepped on its stages over the years have been Armin van Buuren, Avicii, David Guetta, Dimitri Vegas, Like Mike, Tiësto, Hardwell, Martin Garrix, etc.

When you get here, you can stay calm, breathe the cleanest air in Europe, Cluj-Napoca being named with this title!

30 km away from the city, in its vicinity, there is the Turda salt mine, an underground museum of salt mining history, considered by Business Insider the most worth-visiting-in-the-world underground spot in 2013.

We are sure you will not be bored and there are things for you to do for all your tastes, so do not hesitate to visit the capital of Transylvania.